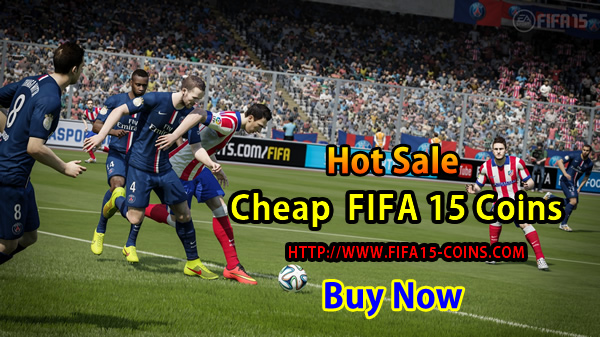 easily without spending any virtual money yourself.

Challenge The Team of the Week (TOTW)
If you select to take on the TOTW every week then you can earn coins based on
which difficulty setting you decide to choose. The easiest setting will award you
with 150 coins, whilst challenging them on the Ultimate difficulty will award you
with 1000 coins. The coin earnings don’t stop there though, you’ll also receive
the earnings based on playing a game and the skill bonus coins, so you could
potentially end up with 1,500.

A good method is to start playing against the Team Of The Week on the hardest
difficulty, and work your way down. The reason why you shouldn’t work your way
up from the easiest to the hardest is because once you beat the TOTW you won’t
have another chance until next Wednesday when the new squad is released by EA.

Level Up And Unlock Items From The EASFC Catalogue Under The Ultimate Team Tab
From the main menu if you go to the Catalogue which is under the settings tab,
then go into the Ultimate Team tab you’ll find some useful hidden gems there.
You can purchase FUT 15 coin reward items using virtual FIFA XP points that you
gain from generally playing the game and unlocking the achievements.

Make sure you look out for the items that have a stack of coins as the header
image and you will see the info on what it will do in-game on the right hand side
of your screen. Usually it’s a bunch of bonus coins after playing 10 to 15
games.

Play Match After Match
You will already know about this, but it shouldn’t stop you from actually doing
it! You should play as many matches as possible and not look at anything else
apart from maybe player fitness. If you commit do doing a marathon of matches in
quick succession, then your coins will soon mount up without you even noticing.

Play The Tournaments & Seasons
This is one of the quickest ways to make FUT coins, playing in tournaments and
winning them gives you not only the coins from playing the matches, but also a
little boost after winning the entire competition. It’s the same with divisions,
getting promoted and even clinching the title offers great rewards. You can play
either the online seasons or the single-player seasons and earn loads of coins
fast.

Search The Auction Rooms To Find Buy & Sell Players That Gain Decent Profit
If you search for players in the auction rooms that go for quite a bit, but at
the same time are in your price range then you should do so. Players prices
fluctuate all of the time from day to day, even with the TOTS cards released it
has a heavy impact on prices. Do some research and go to page 50 plus if you have
to and see if you can find a player that has a really good BIN (Buy It Now) and
snap him up before anyone else does.

You should always list a player for the minimum of 150 coins at the start, as
gamers will always find them and then bidding wars can commence on your player.
Your own BIN option is completely optional, but the start price is absolutely
crucial if you intend to make any profits on your player.