Use this method to make enough fifa 15 coins 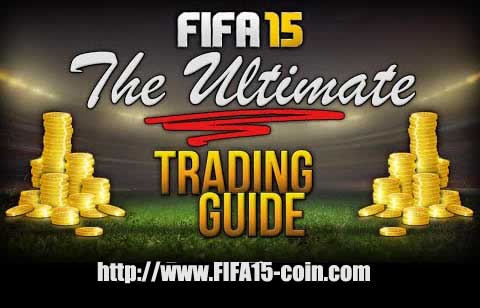 The FIFA Time Method is a newly introduced method for gamers to make FIFA coins with since fifa 13. It has already been proved to be useful for earning tons of FIFA coins efficiently. You will need to learn how to use this method well and the below will show you some tips about how to do this. You will get the sense about when is the best moment to use this method to make enough fifa 15 coins.

When the attributes and rating of players were revised upwards, their previous regular cards will undergo a serious devaluation of FIFA coins. The decreases will be even stronger once it’s launched UP cards for the players that have IF cards already. When particular players move to the league or club that is more popular, the new card would raise in price. Otherwise, it would become lower.

Old cards will gradually be rare since it won’t appear in the packs any longer, so the price would increase just after several weeks. Each time new IF cards were released for the players who had had one, those previous versions will devaluate of FIFA coins. There will be some times of a year when packs sell better and Christmas should be the greatest moment. When this happens, the prices will go down since many gamers put the cards on sale they got from packs. In the happy hours, the special packs will be on sale that increases the amount of sale exponentially. During the period the prices of cards will reach low returning to the normal after that.

Gamers who thought that something happens in the real life won’t influence the market of FIFA ultimate team. In fact it is extremely wrong. When a player performed quite well in a big match, it will increase the amount of gamers that wanted to play with the player and the FIFA coins the card charges will increase as well. Even the huge victories of some clubs, as they have some mediatic impact, it makes their players rise in FIFA coins price in FUT market.